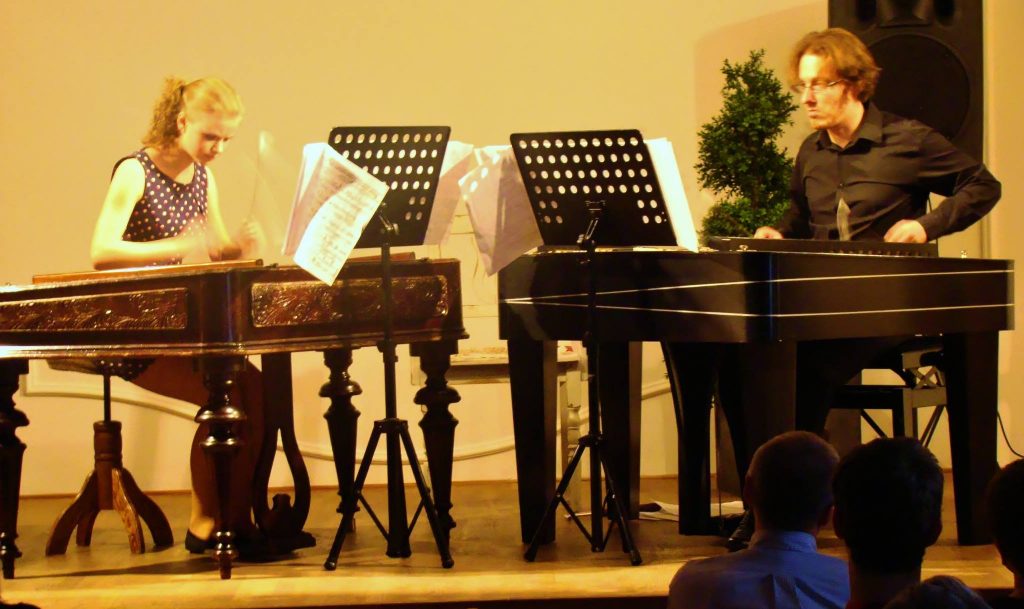 He studied playing the cimbalom at Liszt Academy of Music in Budapest. Choirmastering at University of Ostrava and composing at Janáček Conservatory in Ostrava. In 2013 he finished Ph.D at University of Ostrava in field of Music Theory and Pedagogy. Since 2008 he has been teaching playing the cimbalom at Janáček Conservatory in Ostrava. Significant results at competitions Daniel achieved at the International cimbalom competitions in 1997, 1999, 2001 and 2003 in Valašské Meziříčí where he always acquired first place in his category. Besides he got honorary and special appreciation “for the most suggestive interpretative exhibition” (2001) and “for the best interpretation of contemporary composition” (2003). In the international interpretative competition “Eurotalent 2000” in Banská Bystrica he acquired prestigious third place. He obtained price of “Forum of the young” at the prestigious festival “Young stage” in Karlovy Vary on 2004. He had many achievements at concerts abroad e.g. in Germany, France, Hungary, Switzerland, Slovakia, Belarus, Poland, Holland, South Korea etc. Daniel collaborated with leading Czech and European orchestras (e.g. National Radio Philharmony of Poland Katowice, National Philharmony of Poland Warsaw, Asko/Schönberg ensemble Amsterdam, Orchestra of Theatro de la Fenice Venice, Janáček Philharmony Ostrava, Chamber Orchestra of Janáček Philharmony, Ostrava Band, Talich Chamber Bow Orchestra…).